Your career is our job

WHAT MAKES US PUSH FORWARD?

Our core team is based in London and we have representatives located around the UK from the south coast to Scotland. Since 1989 we have successfully worked with thousands of people to achieve their career objectives and assist them into the right job. We are delighted to be recognised as a leader in facilitating career change for professionals.

Our dedicated core team…. You & Proteus – Protecting your Livelihood

“When we say we are empowered by passion, we mean it. I have worked since Day 1 back in 1989 with passion, and dedication to ensure you get the best possible service from us so you can get the best career for you. 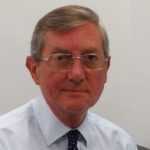 WHAT PROTEUS HAS ACHIEVED SO FAR. WE ARE AMBITIOUS FOR OUR CLIENTS.

We pride ourselves on having the highest standard of customer service, which continues even after our client succeeds

We have helped nearly 20,000 people plan and manage their careers better over 25 years, giving us huge experience you can benefit from.

Our programmes have been created from our experience, and we help you choose the right modules for your particular circumstances.

Nothing makes us happier than when a client we’ve helped over months – perhaps years – takes the time to give us a testimonial of thanks.

In 1988 Dr Mike Warren started retraining as a Career Counselling and Management consultant after a successful career as a Materials Scientist working for the OECD as a Project Manager.

The two Mikes kept in touch but it soon became clear that it wasn’t working out. The phrase Mike Stevenson used was, “All they want is access to my network.”

“Could I establish my own management consultancy?” was his next question.  Again the two Mikes worked together and later that year Mike Stevenson began trading as a management consultant in his own right under the name Proteus Consultancy.  In 1989 Dr Mike Warren, having completed his training, joined him and founded the Career Management arm of the business.  It was formally established as a limited company on 4th January 1991.

The Management Consultancy arm established itself quite quickly as an umbrella organisation for other independent management consultants and grew to around 15 consultants by 1992.  The Career Management arm grew more slowly gradually establishing a professional reputation for its services in Dorset, Hampshire and Wiltshire and at the end of the same year, 1992, it had a staff of 4.

The decision was taken to expand the Career Management arm and a new branch was opened in Kent, near Sevenoaks, and two further people joined the company.

However, trading conditions worsened for management consultancy generally as the early 90s recession took hold and gradually that arm of the business shrank and Mike Stevenson resigned from the business to join Wiltshire Business Link.

Two of the other management consultants, Mr Keith Folkes and Dr Glenn White remained with the business as directors alongside Dr Mike Warren and through their combined efforts the Career Management business went from strength to strength and further expansion saw the business operating throughout the UK, as it still does today, with its main offices moving to London’s Victoria district by the turn of the millennium, where they have remained.